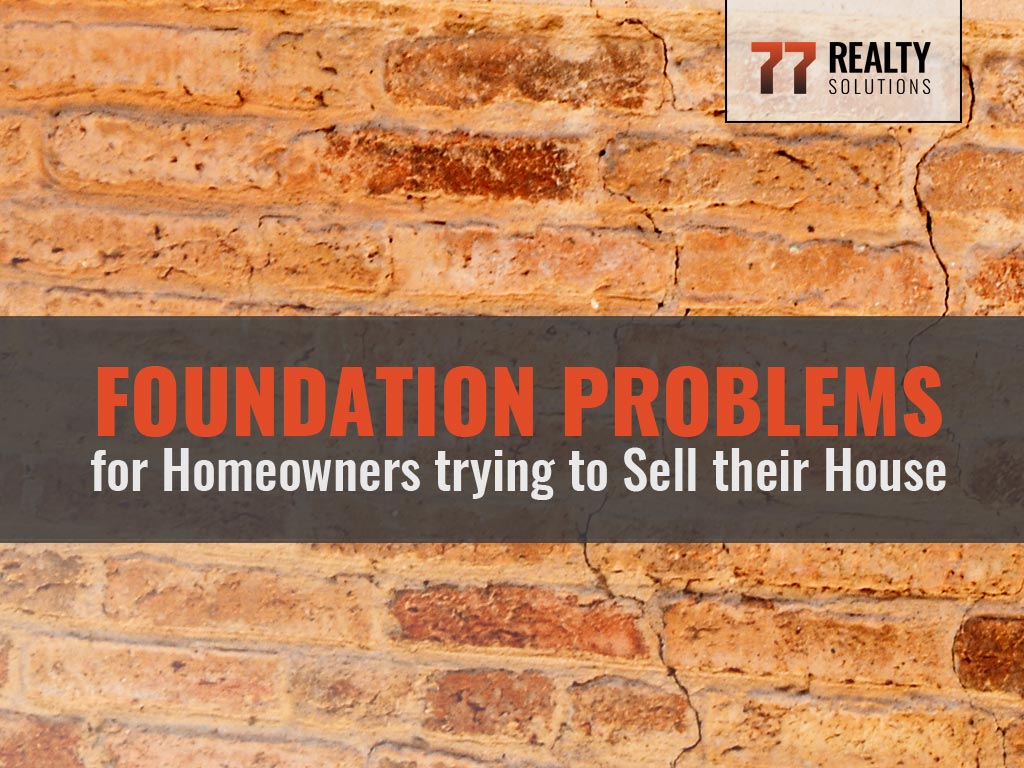 What is the truth behind foundation problems?

Every investor has what he would call The Big Three.  The Big three are Foundation, HVAC and Roof.

To be honest even if you are an investor if any of those three items need to be replaced they can get very pricey. Specifically foundation.

many homeowners feel that if there are foundation issues that they will not be able to to sell the house without putting in a ton of their own money into the house. This is simply not the truth. A homeowner can sell a house with foundation problems easy if they sell it to an investor.

the investor is expecting for there to be problems with the house which is why they want to buy it in the first place. Because they have some money to be able to do the repairs necessary in order to be able to turn a profit. as long as the homeowner sells the house for something that they’re comfortable with and the investor can buy it for something he is comfortable with then it’s a win-win for everyone.

The first kind which is the more common one is called slab.

Slab foundations are worth an entire block of concrete has been poured into the ground and it’s been elevated from the ground in order to be able to build the house on top. If foundation needs fixing on a slab then the foundation company will have to drill under the slab and they will add in pillars that will elevate the slab in the areas that it needs it. You might have no idea what these pillars look like but if you actually saw one like in this picture it would make perfect sense and you would say I’ve actually seen that before I just didn’t know what it was. these pillars are stacked up in the ground under the house under the foundation. they are stacked one on top of the other and the way that they determine how many of these need to go down is by letting the house push it down and then when it gets to a point to where the house isn’t pushing it down anymore they can keep inserting the pillars until the house is at the point that they are trying to get to you in the first place.

The second style of foundation is called pier and beam.

pier and beam foundation is where they are certain pieces of Center blocks or complete Center blocks being used to make what is called a pier which is just a elevated area off of the ground and then they have longboards known as beings that go from one pillar to the next the house is then built on top of the pier and beam foundation that has been laid. this is an entire different way of fixing when this type of foundation goes awry. because this foundation is not sit in the ground but instead sits on the ground then it takes a foundation company a completely different approach in order to fix it. they look at where it is that the piers themselves have been sagging and where the beans are sagging and then that tells them which peers need to be elevated by putting its more concrete or a more or higher Center blocks and then which of the beans themselves need to be replaced. though this one sounds easy it is much more difficult to actually fix correctly.

If you would like to see the value of your house and its current state with foundation problems and to see what it what a cash offer on your home might look like click here for an instant offer or call me directly and I will let you know what it is.